by Richard Burden on 2 September 2016

Some of you may recall, back in March, along with other MPs, I was pressing the Government to back-off on proposals which threatened to stop local councils and other public bodies from considering ethical factors when making procurement decisions: http://www.independent.co.uk/news/uk/politics/government-accused-of-launching-attack-on-local-democracy-with-new-council-investment-rule-a6786916.html

We secured a special debate in Parliament on the subject which you can review here.

It was surprising that the Cabinet Office Minister responsible for the proposed changes was not personally present at the debate, instead sending a deputy to defend the Government’s plans.  After the debate, therefore, I wrote to the Cabinet Office  seeking clarifications on six key points. I received a response at the start of May. And despite the highly partisan tone of Ministers’ rhetoric about their plans, that response appeared to concede that Government’s actions had changed very little in reality. In short, the way Ministers had tried to hype what they were doing seemed more designed to frighten public bodies away from making ethical procurement decisions that Ministers may not like. In reality public bodies can continue to make ethical procurement decisions provided they did so within the law and on a case by case basis. Read my interpretation here in full. 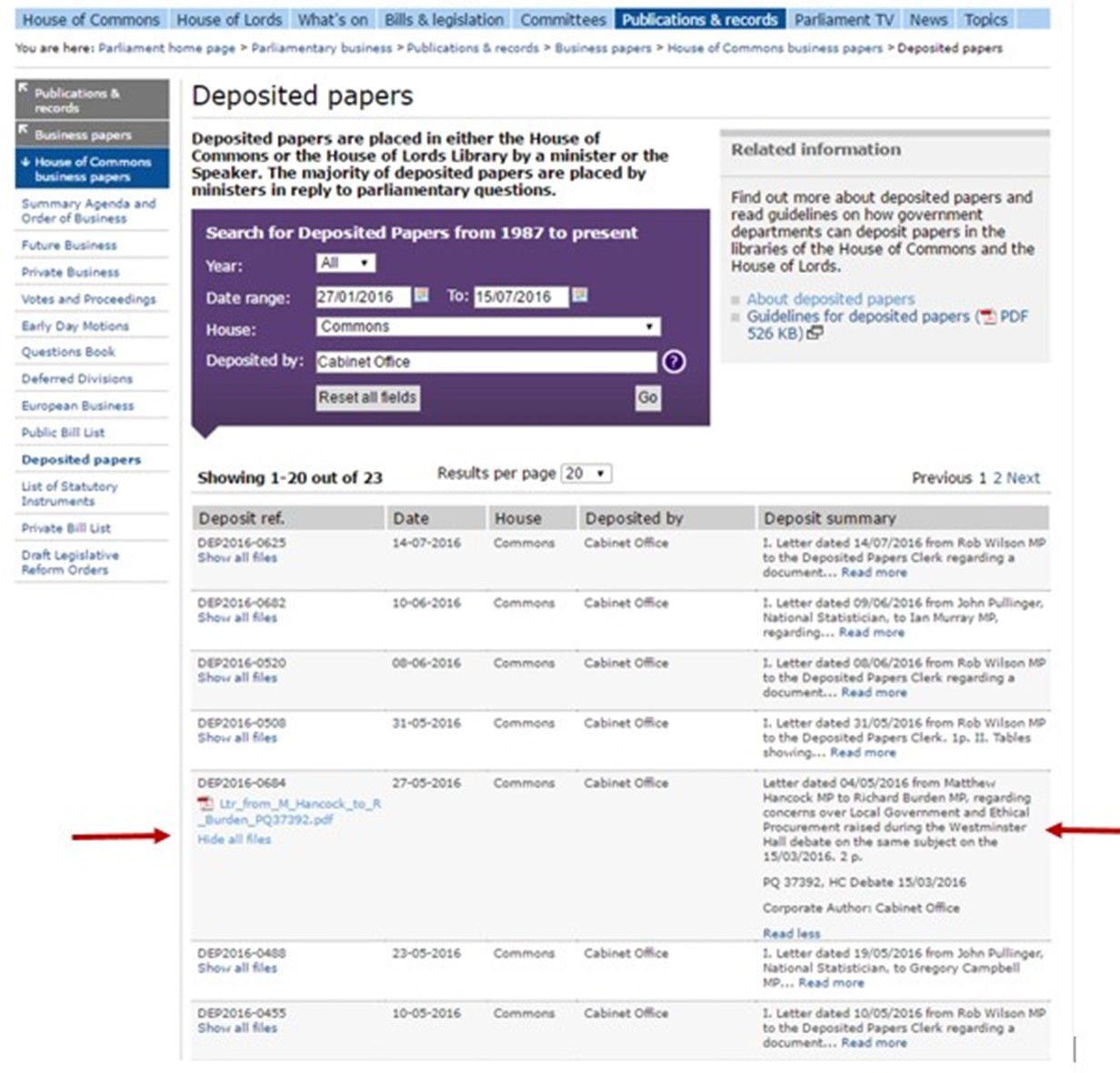 Given the letter I received from the Minister  contained important information about clarifying what local councils and other public bodies can do, I asked the Government to deposit it formally in the Library of the Hose of Commons. This is a common procedural way of getting something like this formally on the record and publicly available. It’s taken them four months but it’s finally been published. You can find it on the Parliament website here: http://goo.gl/B2otZP.