In February the Government announced new rules on public procurement without any parliamentary or public scrutiny. These rules appeared to restrict public bodies like local councils and universities from refusing to award contracts to certain companies based on ethical grounds and making their own choices to promote ethical trading and investment.

A few months ago I held a Westminster Hall debate in Parliament to press the Government on these changes. This was the first opportunity the House of Commons had to actually debate the Government’s plans. Indeed, they had not even announced them in this country at all. Instead, they held a joint press conference in Jerusalem to do so with the Prime Minister of Israel.

During the debate, which you can read about or watch here, I asked the Minister six questions to clarify what the new rules in the Public Procurement Notice would mean for public bodies and the UK’s foreign policy towards Israel and Palestine. After the debate I wrote to Matthew Hancock, the Government Minister who made the changes, to write back to me addressing each point.

I have now received his response and given its contents I have asked him to put it formally in the Library of the House of Commons. In the meantime you can also read it here or below. http://richardburden.com/wp-content/uploads/2016/05/201605-Hancock-response.pdf

Here is my reading of his letter:

“are committed to ensuring, that in UK Government procurement, human rights related matters are reflected appropriately when purchasing goods, works and services. Under the public procurement rules public bodies may exclude tenderers from bidding for a contract opportunity in certain circumstances, including where there is information showing grave misconduct by a company in the course of its business or profession. Such misconduct might arise in cases where there are breaches of human rights.”

You will also see from Mr Hancock’s letter that he preambles his answers with highly partisan attacks that echo the kind of tone he adopted in a Conservative Party press release that kicked off this whole affair back in October. This, however, appears to bear little relationship to either the six questions I asked him or the substance of the explanations he has finally given in his letter.

I have therefore written back to Mr Hancock expressing disappointment at the inflammatory tone he continues to adopt. As the substance of the letter still contains important information clarifying that public bodies can continue to take ethical procurement decisions on a case by case basis, irrespective of ministerial hype, I am publishing it in full. 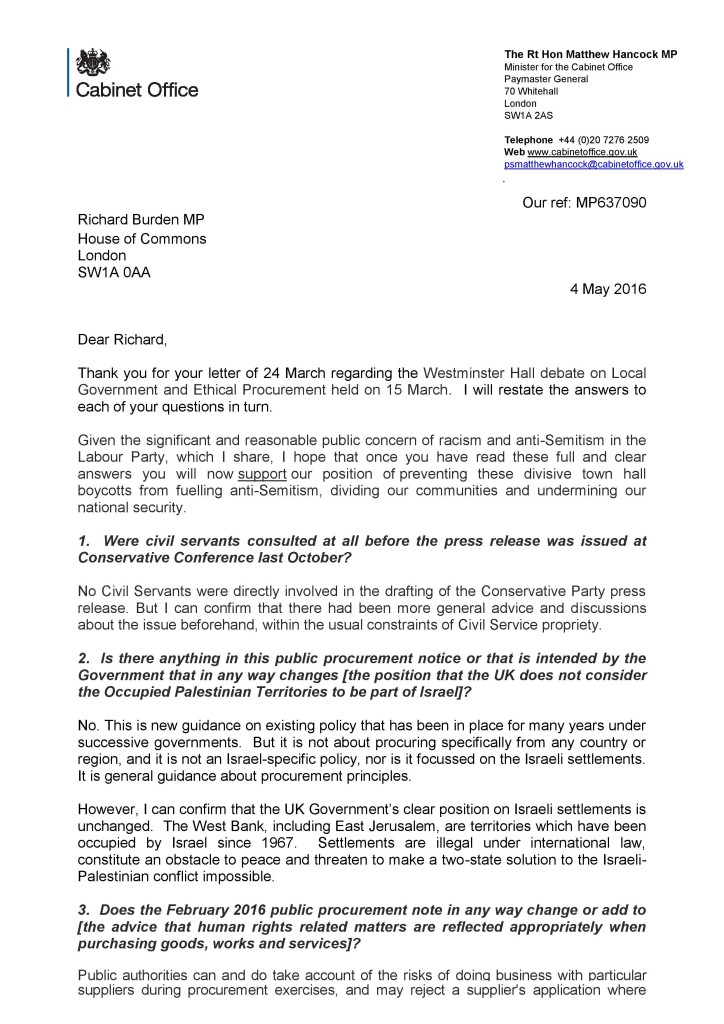 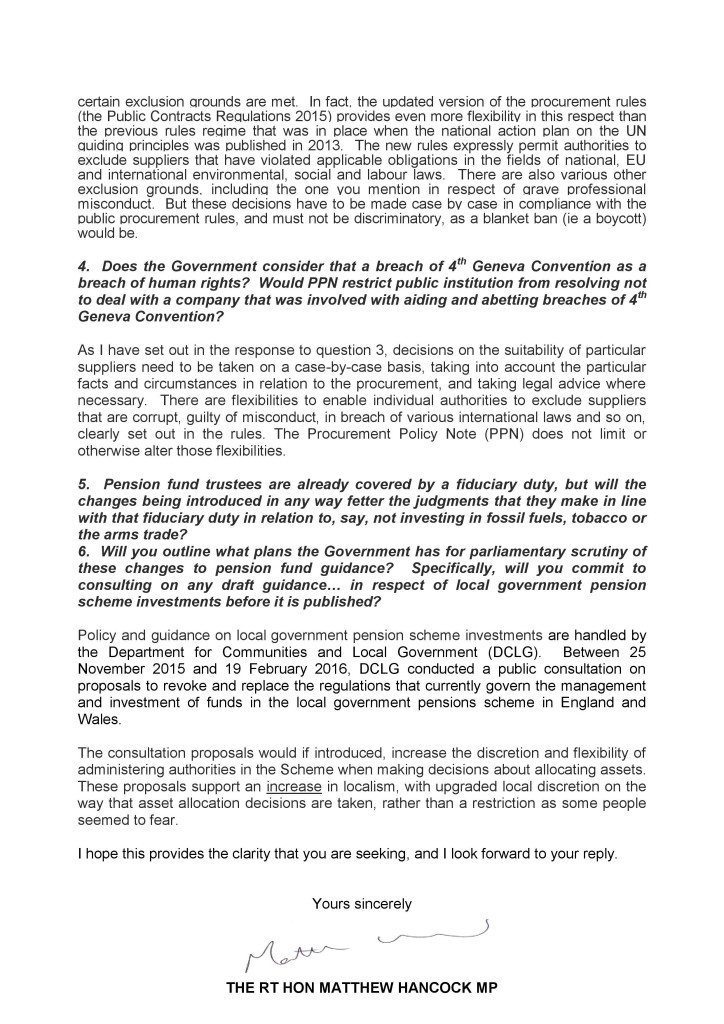