Lobby of Parliament by GKN workers

Today I joined GKN workers at a lobby of Parliament organised by UNITE the Union to call on the Government to intervene in the hostile takeover bid for GKN by the Melrose company. GKN are one of Britain’s oldest and largest engineering companies making automotive and aerospace components. The GKN Aerospace plant at Kings Norton makes specialist aircraft windscreens .

Along with the GKN workers I met today and the company itself, I am extremely concerned that, if the Melrose takeover goes ahead, the likelihood is that GKN would be broken up and various units sold off to different buyers over time. Not only would that be bad for jobs in the Midlands and elsewhere, it would be bad for the UK’s key aerospace and automotive sectors as a whole. Indeed, GKN Aerospace’s strategic role as a defence contractor making components for military aircraft mean that the takeover also raises issues of national security.

Industry analysts have already observed that a hostile takeover bid like this would not be allowed in other European countries like France or Germany, and it once again underlines why the laws governing company takeovers here in the UK need urgent reform. Even under our current laws through, Ministers have powers under the Enterprise Act 2002 to call in takeover bids which raise national security concerns, to safeguard the public interest. The clear message from today’s lobby is that the Government must use those powers and intervene to safeguard national security and the future of GKN.

Professor David Bailey of Aston Business School has published a series of articles in the Birmingham Post about the Melrose bid for GKN. You can read them here – https://www.birminghampost.co.uk/authors/david-bailey/ 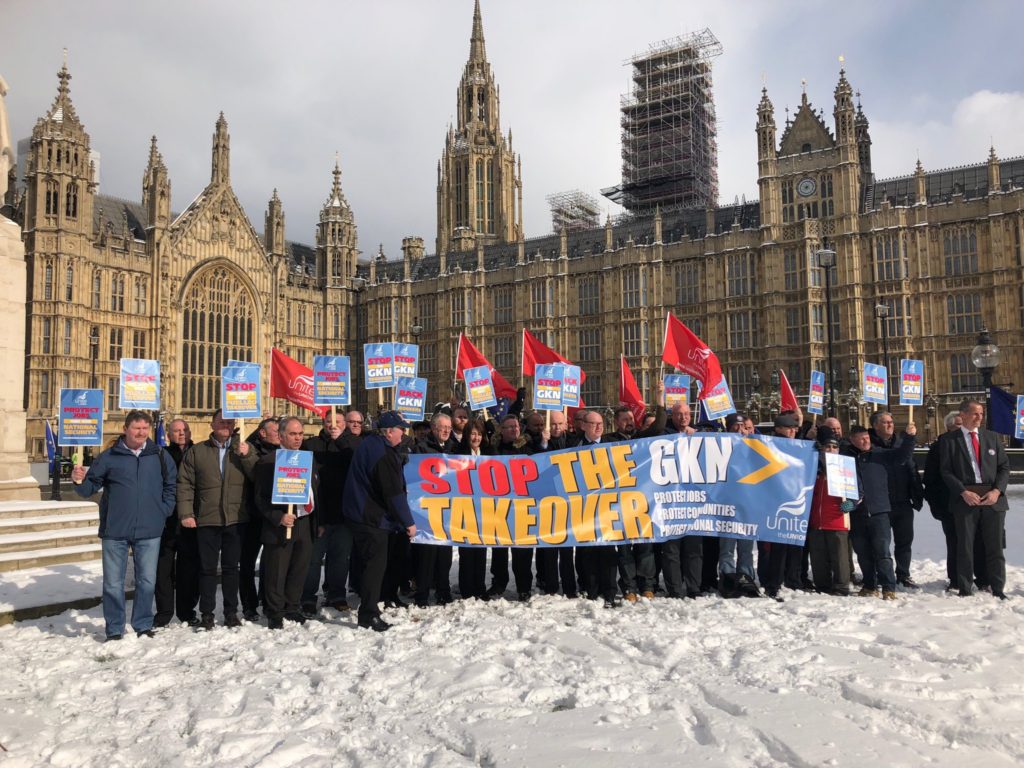