This morning I was at Northfield Station to speak to rail users who are fed up by yet another increase in the price of fares on our railways.

Commuters told me of their frustration and anger as they have watched train fares surge as their wages have stagnated.

At the start of 2018, the Government and private train companies increased the price of rail fares by an average of 3.4%. This is the biggest annual increase in five years and fares have already gone up by 32% since the Conservatives entered Government in 2010.

The Government are failing to stand up for rail passengers. Labour would bring our railways into public ownership to make sure that passengers are put at the heart of decision-making on our railways and to provide the investment that our railways desperately needs. 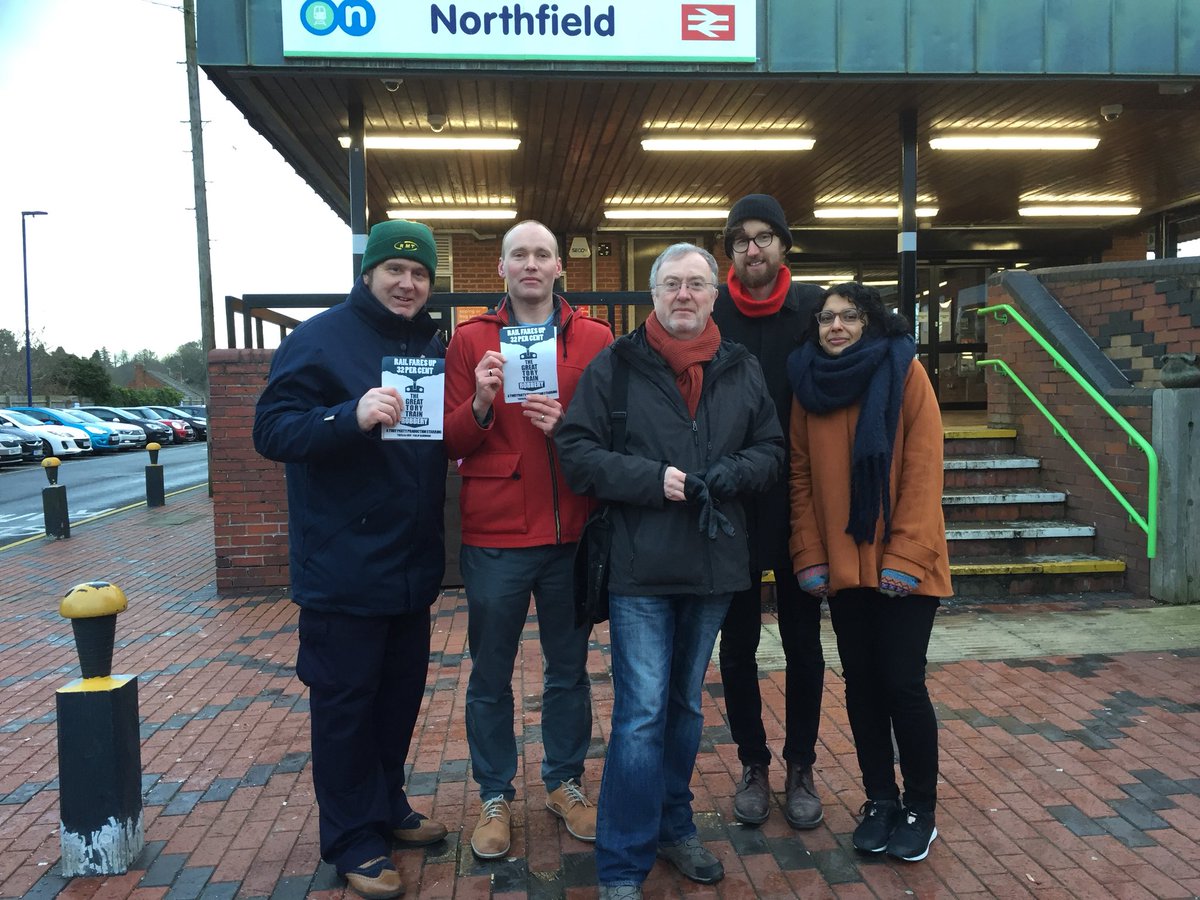