#Toryporkies in Northfield 2016 – have a look at this scare story being peddled in Conservative leaflet going out in Northfield at the moment and then read on for the truth.

Anyone in the Northfield area remember Conservative campaign here during the General Election last year?

Remember the candidate who spent a fortune claiming to have made Kings Norton her home and how much she loved the area – but who was not seen for dust afterwards?

The Conservatives tried to take local people for fools in a cynical attempt to get votes last year. But people in Northfield constituency were not taken in by the #ToryPorkies and sent them packing on Election Day. 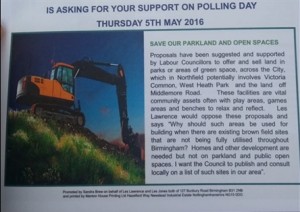 The Conservatives don’t seem to have learned much, though, because this year we are seeing a new set of #Toryporkies being peddled around here. This time they are trying to have you believe that Birmingham’s Labour Council is going to start bulldozing and building on local parks. In Northfield ward itself, a Tory election leaflet has even named local parks they claim are under threat.

The trouble is that it’s another fabricated story from the Tories. As Council Leader, John Clancy said at the weekend: “Any suggestion that we’re bulldozing our parks is absolute nonsense. Desperate stuff from the Tories who know the people of Birmingham have worked out they’re £100m worse off this year under a Tory government.“

So those are the facts. Does it mean we will see an apology from the Conservatives? I’m not holding my breath. We are still waiting for one from last year’s #Toryporkies. But local people were not taken in last year and I reckon they won’t be taken in this year either. 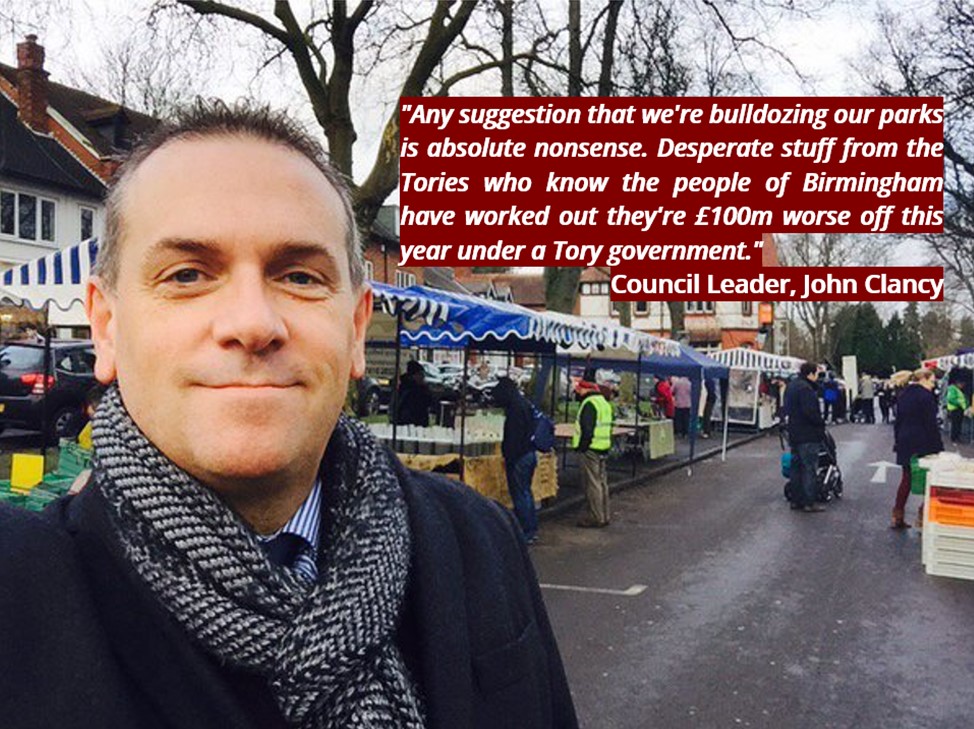