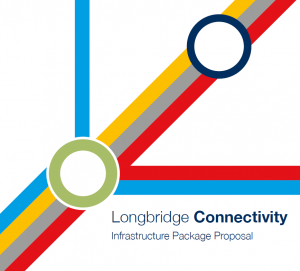 Today’s announcement of an £8m+ package to improve transport links in and around Longbridge is great news for the entire South Birmingham area. Longbridge rail station will be upgraded. There will be better passenger information, an improved interchange for bus passengers, and a better environment for cyclists and pedestrians too. The existing park and ride facility is also due for extension and road infrastructure work will help improve traffic movement more generally.

Longbridge is an internationally significant investment site in our region and this will help give it the gateway it deserves.

The investment package was developed by a partnership involving both the public and private sectors, and I want to thank all those involved for making it happen. Although there’s been a lot going at Longbridge for years now, all too often the huge potential offered by the redevelopment of the site has not been recognised beyond our local area. Under its former Conservative-led administration, Birmingham City Council was particularly disengaged. Their pre-occupation with the city centre meant key investment opportunities to build jobs and opportunities in South West Birmingham were being missed, despite constant pressure from myself and other local representatives for a different approach.

Upgrading Longbridge station and capitalising on the area’s location with improved transport links have always been central to what we have been seeking locally. Two years ago we “took the law into our own hands” when I convened a Longbridge Connectivity summit to push for Longbridge to get the priority it deserves. The summit brought together Centro, site developers St Modwen, Bournville College, London Midland. Network Rail and the City Council, together with myself and local councillors. The Longbridge Connectivity Group was born and today’s announcement is a tribute to the work it has done.

The Connectivity Group has had to develop its plans in an exceptionally challenging economic environment. But the good news has been a far greater receptiveness by the City Council since Labour took control in 2012, and by the Greater Birmingham and Solihull Local Enterprise Partnership (GBSLEP) under Andy Street. Centro’s engagement also took a decisive turn with the appointment of a coordinator, Maria Machancoses, to drive forward the Connectivity Group’s work.

The Longbridge Connectivity Package became a key part of the GBSLEP’s growth plan for the region. Worth over £8m in total, it has today received nearly £5m of backing from the Government and includes a £2.47m contribution from St.Modwen – who have been a key partner throughout.

The Longbridge story so far highlights how much we can achieve if national government is prepared to devolve power and resources to our towns and cities, and if city government engages better with people and businesses in local areas. That is why it is good that Longbridge and the other GSLEP projects have received backing from the Government’s “Local Growth Deal” today. But it is also a reminder that the Government should be far more ambitious. Overall, today’s packages are a fraction of what is needed. In Government circles, there is still far too much preoccupation with London compared to the rest of the country. The recent report by Lord Adonis, which is backed by Labour, shows how much more could be done to rebalance our country’s economy if there is the will to do it.

Here in Longbridge though, we will seize every opportunity which comes along. Today’s announcement will help the area to rapidly respond to business expansion and investment opportunities, firming up Longbridge’s position as one of Greater Birmingham’s Economic Zones and a great place to do business. It is another important milestone in building a new future, not only for Longbridge, but for the entire South West Birmingham area. It is central to the vision of the Climb Project that we launched last year.

There is still a lot more to do to realise this area’s massive potential, but this is certainly a time to celebrate. Today is a very significant step.