The Labour Party has launched our Animal Welfare Plan which contains 50 policy proposals out for consultation. This is the next stage in Labour’s animal welfare agenda and seeks feedback on some of the measures we would seek to bring in under the next Labour government.

Labour has a proud record on animal welfare. From bringing forward the landmark Hunting Act to protecting the treatment of domestic animals under the Animal Welfare Act, Labour has always placed the welfare of animals high on the policy agenda. It is now time to update existing legislation, in order to ensure that we still have the best standards of animal welfare in the world.

END_OF_DOCUMENT_TOKEN_TO_BE_REPLACED

Animal Welfare Round Up – January 2018

Welcome to my latest Animal Welfare Round-Up. This is a newsletter I regularly send out to update you on the issues that many of you get in touch with me about. My latest update covers the action I’ve taken on your behalf in the latter months of last year and the start of 2018.

END_OF_DOCUMENT_TOKEN_TO_BE_REPLACED

Animal Welfare Round Up – October 2017

This issue is one that I’ve received the most emails from constituents about in recent months. Quite rightly, currently the maximum sentence for animal cruelty in England and Wales is just six months. 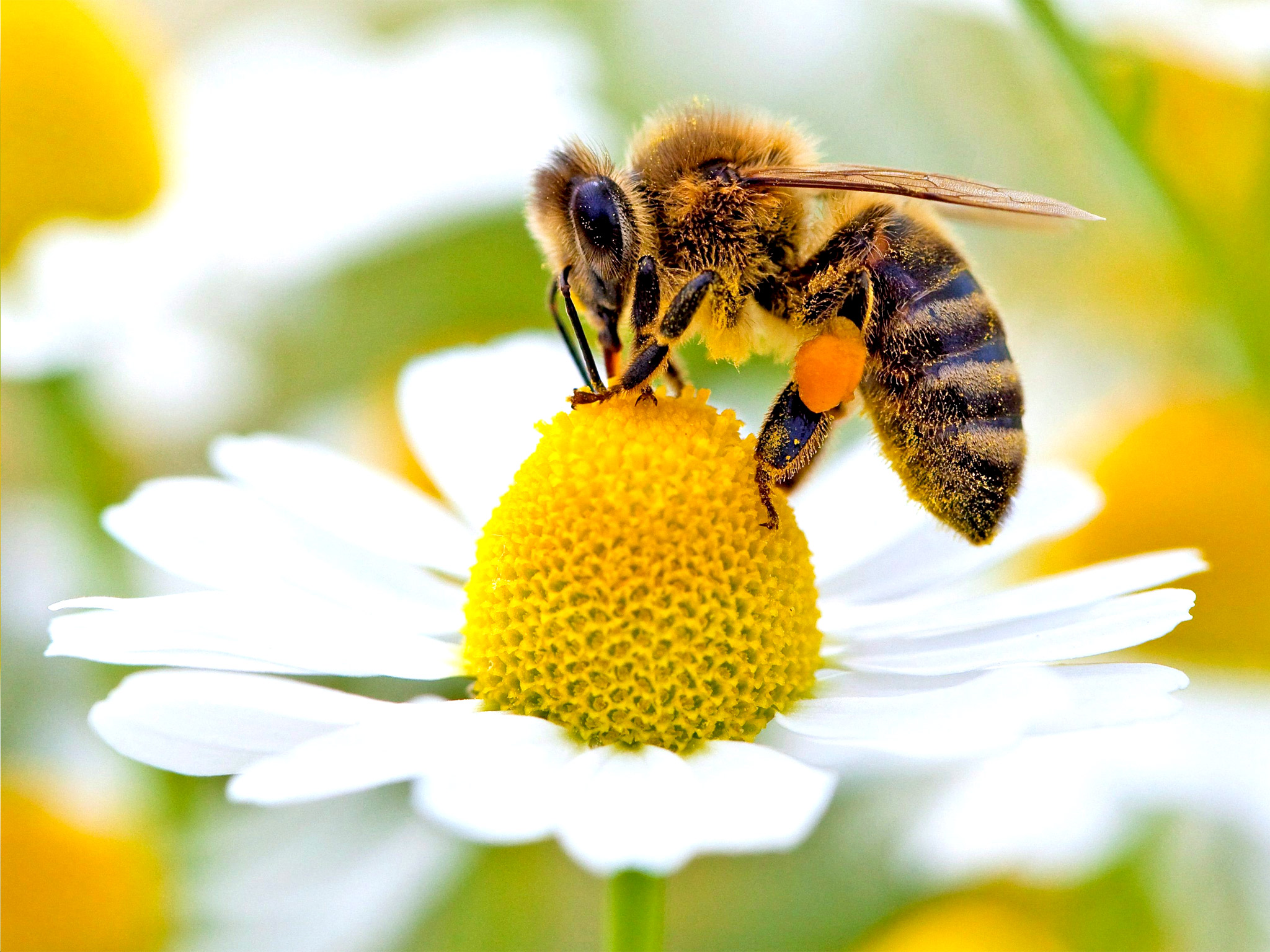 Many constituents have contacted me recently about the upcoming European Commission vote on extending the ban on neonicotinoid pesticides to cover all crops. Bees play a vital role in the environment as well as food supply. It is right then, that both the Government and European Commission take steps to protect bees. As such, I wrote to the Government to share people’s concerns about the impact of pesticides on the bee population. You can read my letter here: http://richardburden.com/2017/09/letter-to-defra-on-bees-and-neonicotinod-pesticides/ 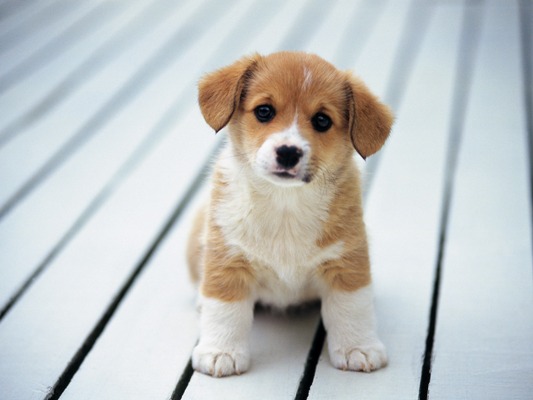 Each year thousands of puppies are illegally imported into the UK. I share the concerns of many constituents that these puppies are often too young to be sold, with fraudulent veterinary records and transported for days in unsuitable conditions, to then be sold via online adverts to unsuspecting members of the public.I have therefore tabled questions to DEFRA to ask what action they are taking to tackle the illegal smuggling of puppies.

A number of constituents have expressed concerns about factory farming. Animals in our food chain need welfare standards and require stronger protection from cruelty. I have asked the Government what they have been doing to improve farming conditions for animals

Letter to DEFRA on Bees and Neonicotinod Pesticides

Many constituents have contacted me recently about the upcoming European Commission vote on extending the ban on neonicotinoid pesticides to cover all crops. Bees play a vital role in the environment as well as food supply. It is right then, that both the Government and European Commission take steps to protect bees. As such, I wrote to the Government to share people’s concerns about the impact of pesticides on the bee population. You can read my letter below: 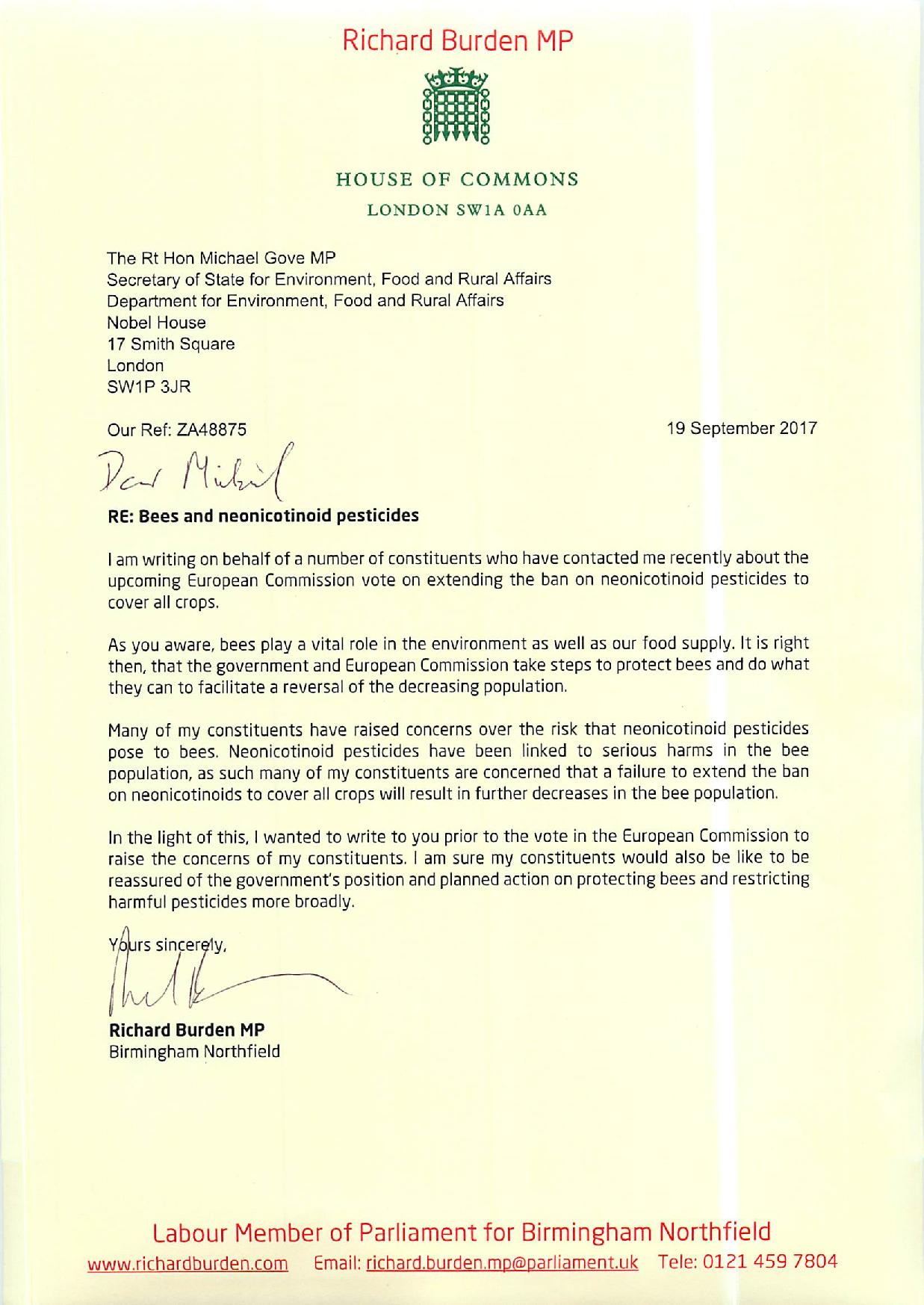 Below is a round up of some of the animal welfare issues at this election. As you may already know, this is an issue I’ve done a lot of work on as an MP and you can see my record here. It is because of that record and my stances on animal welfare that I have just been endorsed and supported by Sir Ranulph Fiennes. I hope you feel able to support me too.

Fox Hunting
During the course of the campaign, Theresa May made clear she is no friend of foxes when she pledged to repeal the ban on fox hunting. To me, this pledge just shows how out of touch the Conservatives are with ordinary people. A recent poll showed 9 in 10 people support the ban. In my view, seeing a pack of animals rip a fox to pieces isn’t a sport and it isn’t a priority for our country.

I was a strong supporter of the Hunting Act when it was passed in 2004 by Labour in government. I will campaign and vote against any attempt to bring back this barbaric practice.

Ivory Ban
It’s not just Conservative plans to repeal fox hunting that have left local residents feeling irate, many people have been in touch about the Conservatives dropping their 2015 pledge to ban ivory trading. I share everyone’s disappointment, it seems the Tories under Theresa May are happy to go backwards on so many environmental issues just when it seemed we’d arrived at a clear consensus. Elephants are iconic animals vital for African and Asian eco-systems, but it seems the Conservatives would rather bow to the interests of ivory collectors.

Increasing Sentences for Animal Abusers
I am proud that Labour have made commitments for ever greater animal protections in our manifesto. This includes increasing the maximum sentence for those convicted of committing animal cruelty from sixth months to five years. Labour MPs led by Anna Turley previously tried to pass this into law back in February, only for Conservatives to block the attempt. It is now an official Labour pledge and one a future Labour Government would deliver to make the punishment fit the crime.

Labour: Sustainability and the Environment
Here is a link to the Leading Richer Lives chapter of Labour’s manifesto, which outlines our action plan for the environment, animal welfare, transport and local communities: http://www.labour.org.uk/index.php/manifesto2017/leading-richer-lives
As well as championing more sustainable fishing and farming practices, protecting bees and planting a million native tree species, a Labour Government are committed to:
–       Prohibit the third-party sale of puppies
–       Introduce and enforce a total ban on ivory trading
–       Delivering on the ban on wild animals in circuses which the Tories keep delaying
–       Maintaining bans on fox hunting, deer hunting and hare coursing
–       Passing a Clean Air Act to mitigate the illegal air quality crisis which the Conservatives have allowed to choke our towns and cities.

It is on this basis that I ask for your support as I seek re-election to be Birmingham Northfield’s local, independently-minded and trusted Member of Parliament. I hope you feel able to support me on June 8th.