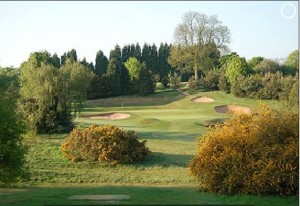 A resident living close to North Worcestershire Golf Course wrote to me last week to tell me that he had seen a copy of a recent letter from the Management Committee of the Club saying that they intend to close the Club with effect from March 2016.

The resident who wrote to me asked if this meant that the land at the Golf Course will definitely now be redeveloped for housing. This does not automatically follow and I thought it would be useful to update residents generally via Facebook with my understanding of the current position.

I am sorry the Golf Club has decided to close but I am not very surprised in the light of what they have been saying for the last couple of years regarding the future financial viability of the club. Had they decided to more actively pursue other options over the last few years, I believe that it is possible that the future of the Club could have been secured. However, as the Club is a private institution, the decisions on those kind of things are down to its Management Committee, members and shareholders rather than to either the Council or me as the local MP.

Now that things have reached this stage, however, I think it is important to remember that the decision to close down the Golf Club is not the same thing as developers securing permission to redevelop the Golf Course for housing or anything else. We know that this is what Bloore Homes want to do and it is the basis on which they have apparently entered into an agreement with the Golf Club. However, the fact remains that the Planning policy framework under which Birmingham City Council operates still precludes building on North Worcestershire Golf Course land. A report to the City Council’s Northfield District Committee in September confirmed that this remains the position and the minutes of that meeting record this. I specifically drew attention to this at the more recent District Committee which took place last Friday.

We also know that Bloore want to change the Planning policy framework which precludes redevelopment of the land and they have told me that they still intend shortly to submit a planning application which would allow this. They have also indicated that, even if the City Council turned down such an application, they would be confident of winning an appeal to the Government’s Planning Inspector. We will have to see whether or not they will be proved right about that. In the meantime, I and local Labour Councillor, Andy Cartwright, continue to emphasise the following to Bloore and to the Council:

1) That our judgement is that the great majority of local residents support the existing planning framework and remain opposed to building on the Golf Course.
2) That, without prejudice to our own and residents ongoing opposition to redevelopment, we expect Bloore to facilitate full information to and consultation with local residents over any proposals they have to overturn the City Council’s Planning policy framework by submitting a planning application.