by Richard Burden on 8 September 2015 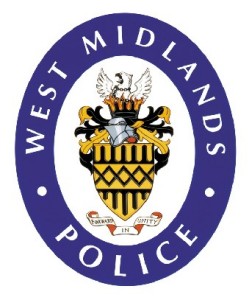 This week Parliament returns from its summer break. One of the first things I will be doing in Westminster is leading a debate on funding cuts to West Midlands Police.

In the last five years West Midlands Police has received funding cuts twice that of other forces according to the independent National Audit Office. Whereas the West Midlands has been cut by nearly a quarter (23%), Surrey Police have had their funding reduced by 12% – that’s despite recorded violent crime having dropped in Surrey. Here in West Midlands we have seen a 10% rise.

Funding cuts have meant huge drops in police numbers. West Midlands Police experienced one of the largest reductions in staff, both in numbers and proportionally.  Police numbers in the West Midlands force area have dropped by 1,500. West Mercia Police, which covers the Bromsgrove area, has also had big cuts and now has 400 fewer officers on the beat. In contrast, Surrey have cut their numbers by less than 50 – or 1%.

It must be said that an independent force assessment rated the West Midlands police as outstanding for dealing with austerity. And working with police on focussing their local priorities, I am always impressed with their resilience. However the disproportionate cuts to the West Midlands are simply unnecessary – at a time when crime priorities such as child sexual exploitation and radicalisation demand more intensive police work.

My debate this Wednesday at 2.30pm, comes at a time when a crucial government consultation on the police funding is due to end on 15th September.

This may seem like good news – a reform in the police funding formula could not come sooner for the West Midlands. Sadly, current projections indicate it will only get worse, as our region’s force are expecting to be hit by a further £100-130 million.

With efficiency savings already exhausted in the last five years, the force is likely to have cut the number of jobs by around 2,500 over the next five years.

By the end of the decade the West Midlands police budget will be almost half of what it was when the Conservatives formed the Government in 2010. The number of job losses expected will leave the organisation smaller than when it was formed in 1974.

Providing a well-resourced and trained police is at the very core of Government’s duty to the public. The police are there to respond to incidents but also to prevent crime before it happens. The concerns I hear from many residents reflect this. My debate will be a chance for West Midlands MPs to come together and fight for fairer funding and a fairer deal for our region’s police.

You can watch the debate by clicking here.