Northfield Pool to be rebuilt on existing site 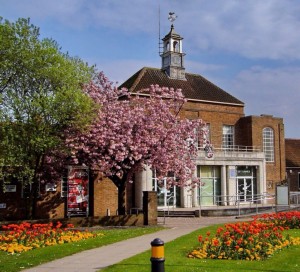 News that the Birmingham City Council will rebuild Northfield Pool and Leisure Centre on the existing site puts an end to months of speculation following last year’s public consultation on the issue. You can read some of the background to the issue here.

During that consultation, many residents and traders emphasised the importance of retaining a central Northfield location for the new leisure centre to replace the existing pool, which is now reaching the end of its life. This decision achieves that. After looking at the costs involved, the City Council have concluded that it would not be financially viable to try to redevelop another part of central Northfield (such as Price’s Square) to house the new pool. Alternative locations such as Longbridge also did not stack up financially.

Even so, I must confess to being disappointed that a rebuild on the existing site is now the only way forward. Although it means central Northfield will have a better pool and leisure centre in the years ahead, this is the only rebuild option that will mean the exiting pool has to close while the new one is being built. It stands to reason that you can’t keep a pool open while you are building a new one in the same place.

The investment in a new pool will help secure the long term future vitality of the Northfield High Street area. However it will probably cause inconvenience and disruption to trade during the rebuilding process, as was the case when the pool closed for refurbishment a decade ago. It also means that existing users will have to go to other pools during the closure.

All this is why Labour’s Northfield District Chair, Brett O’Reilly, and I have always pressed the Council to address this problem if they did decide to rebuild on the existing site. We have also emphasised the importance of maintaining job security for leisure centre employees. I am pleased to report we have been given redeployment guarantees on the latter. We have also been told that Tiverton Road pool will remain open until the Northfield rebuild is complete.

These are important assurances. They won’t remove the inconvenience to swimmers during the rebuild, but they should help.

Brett and I are also pressing the Council to retain the exiting facade of the pool. Like the library and the Black Horse, it is an iconic part of Northfield’s heritage and must not be lost.

Sadly, the debate around the future of Northfield pool has too often been the subject of shallow party politicking over the last year. Northfield’s Conservatives in particular have always seemed more interested in a headline and a photo opportunity than actually facing up to difficult decisions on the long term future of the pool. If they had addressed, rather than ignored, those issues when they ran the City Council between 2004 and 2012, we may have been in a different place today.

Who knows, we may have already had our new pool by now. After all, that was a period when Birmingham was getting record levels of support from the then Labour Government, rather than the record cuts it faces from Mr Cameron today. A bit of humility from Northfield’s Conservatives and a willingness to move on would, therefore, be appropriate today. Whether or not we get that is, of course, a matter for them.

What we do know is that despite the real problems associated with rebuilding the pool on the existing site, the waiting is now over and we have a clear way forward.

As Labour Councillor Brett O’Reilly told B31 Voices this week:

“This investment will secure sports and swimming provision in Northfield for generations to come, and shows what a Labour Council can achieve, despite the current climate of cuts.”