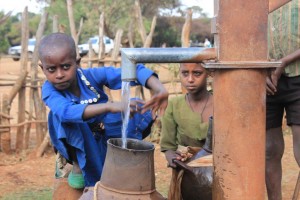 Last month, the Amnesty International Group in Bournville, South Birmingham, asked me to address them on my work as a member of the International Development Committee of the House of Commons. This article is taken from what I said to the meeting.

After 8 years on the International Development Select Committee (IDC), my appointment as Shadow Transport Minister means I have had to recently step down from the role. I wanted to use this opportunity to share some of my thoughts from my time on the Committee – which serves to scrutinise the policy, administration and spending of the Government’s Department for International Development (DFID).

I joined the IDC in 2005 – just after the historic Gleneagles summit, where G8 leaders agreed to write off debts of some of the poorest countries in the world. This commitment, led by the UK’s Labour Government, has meant millions of people are alive today who would otherwise have not been. This is not only because of the debt write-off itself, but because money that would have gone to servicing those debts was invested in scaling up access to medicine, clean water and education.

Gleneagles was a milestone in a longer period of action on poverty that also saw the Millennium Development Goals agreed in 2000. Half a billion fewer people now live on less than $1 a day than 13 years ago. Part of this progress has been achieved by governments, but the driving force was a movement far beyond governments and political parties. People across different continents and from all walks of life joined in a common demand a change in the way will live together as a global community. Most did not know each other or appreciated they scale of the movement they were forging. Although we may not have “made poverty history” the thinking of governments across the world was nevertheless changed for good. It made a difference. If you were, or are, part of that movement, be proud of that.

NEW CHALLENGES IN A CHANGING LANDSCAPE

Eight years on and the debate is now about the how we create new development horizons beyond 2015. Aid is still a vital part of the mix but the debate is now about moving beyond aid. It’s about addressing sustainability and the impact of climate change, about gender equality, about securing justice in global trade and tax systems. And, with the growth of new global players from China to Brazil, the shape of international development cooperation to tackle those issue is no longer dominated “North-South” relationships. It’s about South-South too.

When most of the poorest people today no longer necessarily live in the poorest countries, progress in development has to focus on tackling inequality too. In South Asia, consider India – it has experienced huge levels of economic growth and has ambitious anti-poverty programmes but it still has millions of the poorest people in the world. Or take Pakistan, where becoming wealthy can often mean you pay less tax, not more.  In both of these cases and elsewhere, the future will be forged by the citizens of those countries themselves but the international community is not irrelevant in promoting and supporting development. The balance between traditional grant aid and loan-based forms of finance is changing, as is our focus on promoting good governance and tackling corruption. And we are still feeling our way in finding the most effective mechanisms to ensure that aid flows are conditional on respect for human rights.

Nowhere are these issues more starkly illustrated than in countries than in countries ravaged by conflict. Afghanistan remains one of the poorest countries on earth. Even where the location or natural resources of countries means they should not objectively be poor, conflict destroys lives and livelihoods. Take Syria, where civil war has created the biggest refugee crisis in the world today, with over 6 million people displaced. Or take Gaza, whose location should make it a Mediterranean tourist resort with a thriving fishing industry – but which today is blockaded by land, sea and air, with 71% of its people officially classified as food insecure.

Look at the Democratic Republic of Congo (DRC), a massive country which has some of the greatest mineral reserves in the world, but which has been ravaged for decades by a conflict that has claimed more lives than the total numbers of French British and German military dead in World War One. It’s a country which still does not have a functioning road system through which to build a viable economy; and it‘s a country where I met women who know what it means when rape is regularly used as a weapon of war.  Violence against women and girls is a scourge in both “developed” and “developing” countries. But in places of conflict, its horrors reach unspeakable proportions.

So development is about tacking conflict, about tackling its causes and those things which sustain conflict. In the DRC that means keeping up the pressure to make sure that multinational firms seeking the raw materials which end up   in our phones and laptops do not keep militias in business when they do so. It also means questioning the way our arms sales work. I represented the International Development Committee on Parliament’s Arms Export Control Committee when this year we documented evidence that £12 billion worth of the UK’s arms export contracts are with countries of human rights concern. Although I’m convinced the UK was right to reject participation in strikes on Syria in the summer, if we are serious that the United Nations has a global  “responsibility to protect” we still have to confront what forms of international intervention are effective and legitimate when people are being slaughtered.

RESISTING THE TEMPTATION TO TURN INWARDS

If the Gleneagles summit eight years ago heralded a new international consensus about our joint responsibilities to tackle global poverty, persistent economic problems at home lead some people to turn inwards. At an official level the consensus remains. The Conservatives adopted the last Labour government’s commitment to take the UK’s overseas aid commitment to committed to give 0.7% of national income to overseas aid. Indeed, the figure should be reached this year. Even so, politicians know they can score easy hits with sections of the tabloid press if they say we cannot afford to look beyond our own shores. The views of parties like UKIP on these issues are well known, but it goes further than that. In my own constituency, the Conservatives’ electoral strategy includes a whispering campaign against my work on international development and conflict resolution.

But the reality is that we live in an interconnected world and development is directly relevant to all of us. Industries in the UK are dependent on the success of the nations we trade with, and improved relationships with emerging economies deliver benefits for Britain. Climate change destroys lives and livelihoods in developing countries but it also destroys our planet as a whole – including impacting us here in the UK. And after the events of the last decade, we should need no convincing that a safer world means a safer country here at home.

It should never be presented as a choice between tackling poverty abroad and problems at home, such as the cost of living crisis. We can – and should – do both.

My time as a member of the International Development Committee has given me the chance to see, first hand, many of the countries I have mentioned, and a lot more besides.  Seeing them for myself has informed my outlook in a way no article, speech or book could ever have done. It has been invaluable to the scrutiny I and other members of the Committee can bring work of the UK’s Department of International Development – scrutiny to help ensure that the UK’s development work not only delivers value for money for UK taxpayers, but contributes effectively to the ongoing fight against global poverty. The experiences of the last eight years will stay with me forever.