Charlie told me to back Harvey’s Law! 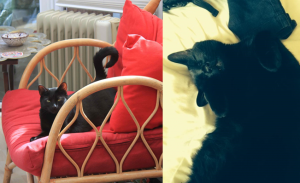 Yesterday, I was delighted to represent the Labour Front Bench in a debate on Harvey’s Law​.

The debate (read the Hansard here) called on Highways England to remove a mandatory requirement on its contractors to take all reasonable steps to identify dogs that are killed on their roads (e.g. by scanning for microchips) and to inform the owner.

Many of us know that a pet is an integral part of the family. We also know how it feels when a pet is involved in a road incident, what could only be worse is when a pet does not come home and we don’t know what happened to it.

The debate was well attended and it was great to see cross-party agreement on the need to sort out the problem. As Labour’s Shadow Roads Minister, I was pleased to help the campaigners from “Harvey’s Army” to secure a commitment from the Minister so all Highways England contracts will reintroduce mandatory procedures for scanning and logging dogs found run over on motorways and other roads that they manage.

As the proud owner of Charlie the cat (see photos!), a survivor of a road collision, it was great that the Minister confirmed that the procedures will be applied to cats as well. Local authorities will also be encouraged to follow best practice regarding pets run over on roads which they control.

I wish to pay tribute to my Labour colleague, Derek Twigg​, for securing the debate, but most of all to the 120,000+ people who signed the epetition calling for Harvey’s law.

The debate shows that democracy can work and that people really can have an impact and shape the agenda through parliament’s petitions system.