On Wednesday I urged the PM to put mechanisms in place so Birmingham and Midlands voices are heard in preparatory talks and negotiations with the EU over Brexit.

My Thoughts on Brexit and Our Future

Yesterday I wrote to members of my Constituency Labour Party on the challenges ahead after last week’s referendum. This is what I said:

Describing the events of the past week or so as momentous doesn’t really come close to it, does it?

Britain votes to leave the European Union of which we have been part of for over forty years. And by doing so our country enters completely unchartered waters. The Pound plummets and there is huge uncertainty about what lies ahead, prompting urgent action by the Governor of the Bank of England to steady the situation, at least in the short term. END_OF_DOCUMENT_TOKEN_TO_BE_REPLACED

The EU has been ahead of the curve on animal welfare 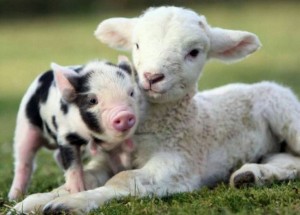 Whilst debate about the EU often focuses on the economic and political advantages, I wanted to put the spotlight on the EU’s largely overlooked role in improving the lives of animals. Over the past 25 years the EU has been responsible for improving the quality of animals’ lives and preventing cruelty. The bar has been raised not only in Britain but across all member states. END_OF_DOCUMENT_TOKEN_TO_BE_REPLACED

What is wrong with friends speaking frankly to each other? 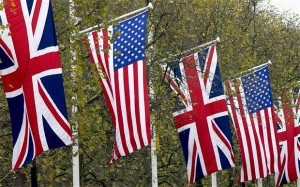 Leave campaigners have been trying to tell us for months that if we leave the EU, everything will carry on as normal and there will be nothing but sunshine. When visiting the UK last week, US President Barack Obama told us it isn’t as simple as that. No surprise then that the same Leave campaigners went into overdrive about the US bullying us and that this was an unreasonable intervention.

Anybody who actually listens to what Obama was saying will know that he came to visit as a friend and spoke as such, doing so frankly and with honesty. No threats, no bullying, just frank advice. This is absolutely a question for the British people to decide on. But are we really saying that an international public figure can’t express honest opinions and share advice with a close friend and ally?

The core of the argument the President was making, though, is that we can make a lot more out of our relationship with the US and the rest of the world if we are part of the EU. That advice, through all the fuss and frustration, is thought-provoking. If we have confidence in ourselves as a country, as indeed we should have, why can’t we be the leaders in Europe rather than constantly trying to get out and losing influence as a result? We can’t continually engage halfheartedly while expecting the perfection and benefits of full engagement.

Listen to my short interview from 8.27 onwards on BBC WM Radio here: http://www.bbc.co.uk/programmes/p03qdz9f