Statement on Airstrikes in Syria

Decisions about the circumstances in which UK forces should be sent into action are amongst the gravest that any government can take. In a modern democracy, government also has a responsibility to listen and the elected parliament should not be cut out of the process that precedes those decisions being made. That, however, is what has happened this weekend. The Prime Minister could and should have consulted Parliament before involving UK forces in air strikes on Syria, including on their strategic purpose and how she believed the action proposed would achieve that purpose.

The reality we all now face, though, is that the airstrikes have gone ahead and the key issues now are what happens from here, including:

In all of this, it is vital to reaffirm an indivisible commitment to international law and internationally-agreed rules governing the behaviour and actions of states, especially in relation to the use of chemical weapons. The current investigation into the Douma attack by the Organisation for the Prohibition of Chemical Weapons is an important part of that process in relation to Syria.

The ongoing challenges for the international community are to build effective mechanisms to hold to account those who break international law and to uphold the UN’s constitutional responsibility to protect civilians under threat. Nowhere is that more important than in relation to the abhorrent use of chemical weapons, in contravention of international law.

Whatever the immediate results of the US/UK/French airstrikes on Syria, they have not taken away the imperative of addressing those challenges.

Like all MPs, I have had hundreds of letters and emails from constituents in recent weeks about authorising the triggering of Article 50, thereby formally giving notice of the UK’s intention to leave the European Union.

Understandably, the emails I have received from constituents have come from different sides of the argument. Many of those emails are from people who, like me, both campaigned and voted to remain in the EU. Like them, I have not changed my view that Britain’s interests would be far better served by remaining in the EU than leaving. On that basis, many have urged me to vote against the triggering of Article 50 in Parliament. However, I cannot agree that it would be right for me as the MP for Birmingham Northfield to do so. END_OF_DOCUMENT_TOKEN_TO_BE_REPLACED

I have received a huge number of emails and letters about Brexit in recent weeks and months. I wanted to share with you all the response I have sent out to constituents on Brexit and the way forward.

As you may be aware in the weeks after the referendum, I wrote an initial response to the defining and far reaching challenges Brexit brings for our country. If you have not a chance to read it, much of it still hold true, and I would encourage you to read it: http://richardburden.com/2016/06/my-thoughts-on-brexit-and-our-future.

In the months since, I have done my best to attend the debates and opportunities to scrutinise the Government’s work on prospectively leaving the EU in Parliament. You can find the latest updates on Parliament’s scrutiny of Brexit here: http://www.parliament.uk/eu-referendum.

You may also be interested to know the House of Commons Brexit Committee has recently been established, under the Chairmanship of former Shadow Foreign Secretary, Hillary Benn MP, which will review Government policy closely to ensure British interests and our regions are best protected. You can track its work here:  http://www.parliament.uk/business/committees/committees-a-z/commons-select/exiting-the-european-union-committee/.

Returning to the work I have done here are a few updates I hope you find interesting: END_OF_DOCUMENT_TOKEN_TO_BE_REPLACED 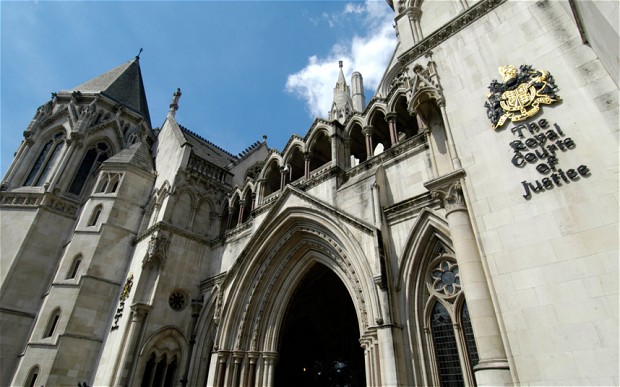 The High Court decision is about who should have a say in how Britain should go about leaving the European Union, not whether we should do so. The judges expressed no opinion on whether Brexit is a good idea or a bad one. That is not down to judges to decide that anyway.  And nobody – on either side – asked them to do so. END_OF_DOCUMENT_TOKEN_TO_BE_REPLACED

The warnings Bosnian gravestones carry for us in 2016

Below is a copy of my article in the New Statesman on my recent visit to Bosnia.

Two weeks ago, I joined a visit to Bosnia organised by Remember Srebrenica. If you have ever seen one of the Commonwealth War Graves cemeteries in Northern France, you will have a sense of what the cemetery in Potocari, near Srebrenica, is like. Row upon row of identical white headstones stretching into the distance. Whereas in France, of course, most of the headstones are marked by the cross, in Potocari they are white obelisks. Overwhelmingly, they mark the graves of Muslims. END_OF_DOCUMENT_TOKEN_TO_BE_REPLACED