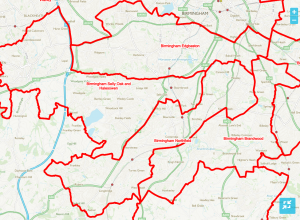 The constituency would continue to include Longbridge and Northfield wards, but it would no longer include Kings Norton and Weoley wards. Instead, Bournville as well as Moseley and Kings Heath ward would be part of the Northfield constituency. Weoley would become part of a new constituency called “Birmingham Selly Oak and Halesowen” which would also take in Selly Oak and Bartley Green wards and three wards from Dudley. Kings Norton would join Brandwood, Billesley and Springfield wards in a new constituency to be called “Birmingham Brandwood”. As you can see, there are some significant changes being proposed.

You can see all the Boundary Commission’s proposals for the West Midlands here. I will be giving evidence at the public inquiry today (Thursday 3rd). For more information about what I am saying on the proposed changes, please do contact me.

Along with other Birmingham Labour MPs and MPs from other parties in the region and beyond, I was pleased to back my colleague, Jess Phillips MP, during the moving and challenging debate she secured in the Commons last week. There are still vital questions for Ministers to address about whether – for the reopened inquest – the families of those killed in the Birmingham Pub Bombings will get parity in legal aid support with the Hillsborough families, and they need to answer those questions now. The families should not be strung along with delays and half-answers yet again. You can read more about the debate here. 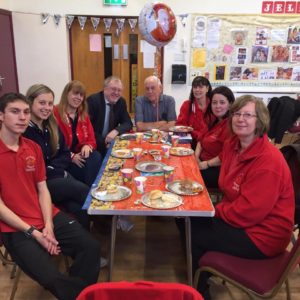 Brian Kite recently turned 80 and I had the chance to celebrate his birthday with him at Jellybabies Nursery and Pre-School in Longbridge. Brian has been both a driving force behind and a dedicated volunteer at Jellybabies since I was first elected in 1992. Thank you for all your work for our community, Brian.

You can see all my recent contributions in Parliament here. I’ve recently spoken about the Local Government Pension Scheme and the Homelessness Reduction Bill among other issues. You can also keep track of my written questions to the government here. 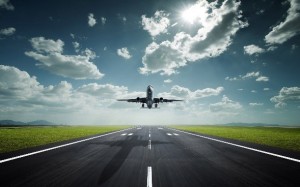 The Government eventually announced their intentions for a new runway to be built at Heathrow and, as Labour’s Aviation Spokesman, my job is to help lead Labour’s response and hold this decision to account. Building a new runway in the South East is long overdue and there is a strong economic case for Heathrow. But it is vital that the Government address Labour’s concerns on local noise and air quality impacts on climate change as well as ensuring there are benefits for everyone in the UK.

On this final factor, it seems the Government are ignoring the need to support our international gateway airports outside of the South East, like our very own Birmingham, East Midlands and Manchester airports. In the coming months, I will be pressing the Government on maximising use of this spare capacity in our regions. You can read my article on this from last year here. 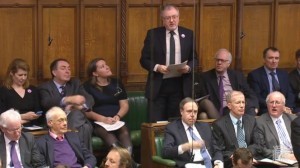 After the original Government proposals planning to cut funding for apprenticeships by 50%, their decision last week to U-turn on these cuts is not only welcome and common sense, but will come as a relief to thousands across the country. The impact of these cuts would have been catastrophic, resulting in a devastating impact on young people aspiring to better their lives.

In September I made the Prime Minister aware of the proposals being described as a “car crash” by the Institute of the Motor Industry. For now, it appears that the Government have recognised this and steered clear of that car crash, but it remains to be seen what further they will do on their targets and broader policies.

I want to thank and congratulate those who contributed to the campaign against the Government. A fuller explanation is available here. There is still a lot more to do, though. On Tuesday, David Lammy MP led a debate in Parliament on this issue, in which I spoke. You can see that here.

You may be aware that in the last couple of years I have been campaigning on improving poor broadband connectivity. I have estimated that around 1500 homes in the constituency do not have access to superfast internet – or broadband speeds above 24 Mbps. For these residents in ‘not-spots’, it has been found to affect house prices and unfairly disrupts people working form home.

Often the problem has been due to providers like BT and Virgin missing out upgrading some streets due to their profitability. I have been raising this in Parliament, with the council and even held a ‘Superfast Summit’ with providers last year to find ways forward. You can watch my latest question to the Culture Secretary in Parliament here. If you’re having these types of problems with your internet, please do get in touch.

My latest Animal Welfare Roundup was sent out last month. You can read it here. This issue includes campaigns on bees, badgers, bulls and more.

I recently visited Bosnia with Remembering Srebrenica. The experience was incredibly moving and thought-provoking. I wrote this article when I got back to the UK, reflecting on the genocide that took place there and considering what xenophobia and hatred can sometimes lead to. The gravestones in Bosnia have warnings for us in 2016.