Devolution must reach people on the edge 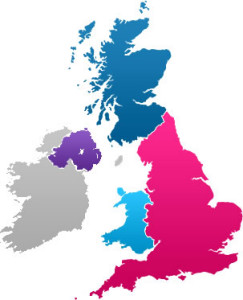 Last year’s independence referendum, and the massive increase in support for the Scottish Nationalists at the General Election, have inevitably focused attention about how and where decisions should be made across the different nations of the UK. It’s also clear that big questions must be answered about how power is devolved – not only to Scotland, Wales and Northern Ireland, but within England too. About time too.

When I made my first speech in Parliament in 1992, I spoke about why people in South West Birmingham needed the power to make decisions on jobs, housing and services here. I said this was vital for creating growth, tackling poverty, and giving people a better future. Today George Osborne talks about a Midlands Powerhouse and local councils are coming together to seek more powers for our region. That’s good, but we need to know it will make a difference.

So 23 years on, in my first speech in Parliament after May’s Election, I called on the Government to make devolution work for local communities here. That means handing down real power – not only responsibility. This Government simply cannot talk of empowering local authorities when they are impoverishing them. By 2018 Birmingham City Council will have seen £800 million in cuts. Unless we get a fairer funding deal from the Government, a lot of the talk about devolution could ring hollow.

For devolution to work, Government must listen. But it also means City, Borough and County decision-making bodies really listening to the voices of people who live in places like Longbridge and North Bromsgrove. They are geographically on the edge of Council areas, and often local people feel on the edge of decision making too. But their needs are real. The Northfield area has the worst record on low pay in the country – and there are still big problems with long term unemployment here. Top-down strategies for jobs and growth are just not working for local people.

Last week I pressed Ministers on the importance of boosting skills locally. Part of it is about devolution too –  enabling schools, colleges, businesses and the community to effectively build opportunities that local young people are confident are for them, not only for others. It means unpicking some of the funding streams that don’t do the job locally, and should mean rethinking the way adult skills training could be decimated under current Government plans.

Unless devolution reaches people on the edge of our cities, regions and our country, it will not achieve what parties across the political spectrum are promising from it.