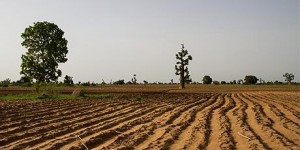 I am a member of the House of Commons International Development Committee (IDC.) Today, we launched a report on Global Food Security – a huge issue both within the UK and overseas.

High and volatile food prices are rarely out of the news at the moment, especially after the two recent shocks in global food prices in 2008 and 2011. These prices spikes – which happened largely because of rising food demand, speculation and the use of agricultural ‘bio fuels’ – are having a major impact on the global fight against hunger. We recently learned that over the past year over half a million Britons were reliant on emergency food assistance, such as food banks. Only last week I helped lead a food drive for Northfield Life Line Food Bank to raise much needed stock as their demand skyrockets.

Recent statistics show that UK food prices have increased by 12% in real terms since 2008. The cost of a person’s supermarket basket continues to increase while their incomes flat line. And it’s not just a problem here – nearly one billion people worldwide don’t have enough food, and two million children die every year because they don’t get enough to eat. Food insecurity will be a central issue debated at the G8 Summit in Ireland this month, and is at the heart of the “Enough Food for Everyone IF” campaign run by over 200 UK and Irish charities this week. Campaigners are arguing that the world’s food system is broken. When I look at the levels of malnutrition in low income countries, to the need for food aid in Northfield, I can’t help but agree.

But although everyone is talking about the issue, what can we practically do to solve it? One of the IDC’s most important roles is to provide practical policy recommendations for the government. In our report, we call for a number of measures that will achieve real progress in both global food security and UK families and households. These range from scaling up support for small farmers and agriculture worldwide, to cutting the use of biofeuls made from crops such as corn, wheat and sugar.

But I think one of the most important messages from the report is the action we can all take to tackle hunger. It is shocking that between 30-50% of food produce worldwide is wasted while millions go hungry. The average UK household wastes 20% of their food.

The Government must take urgent action to stop this. We are calling for a public consumer campaign to raise awareness, more redistribution schemes such as FoodShare to recycle food, and a clear target for food waste that producers and retailers must meet – or face a penalty. Looking to the future, we will need to answer some serious questions about how much meat we eat to ensure enough food for all.

Food insecurity is one of the defining issues off our time, and it is a clear reminder that we can’t separate local issues from the international agenda. I hope the report helps demonstrate that we can all take action to solve the crisis.

You can read the International Development Committee Report on Food Security here.