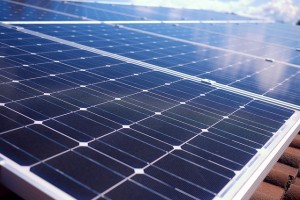 I have heard from many constituents who disagree with the government’s plans to cut feed-in tariffs (FITs) for solar power. I have also heard from local community groups who are worried that their plans to install solar power panels may now be under threat. I share these concerns.

Since the introduction of FITs, more than 70,000 families across the country have installed solar power – with almost 500 installations here in Birmingham – protecting themselves from hikes in energy bills, increasing the amount of energy we generate from renewable sources, and helping the solar industry expand from just 3,000 employees in 450 firms last year to over 25,000 workers in 3,000 businesses today.

Labour has been leading the campaign against the government’s plans, which will put thousands of jobs and businesses in the solar industry at risk and make it much more difficult for families, community groups, hospitals and schools to install solar power. The Labour Energy and Climate Change team secured an Opposition Day Debate on this issue last week. You can read the debate online here.

As the costs of installing solar power have fallen, there is recognition that the tariff level can be reduced in a managed way, over time. But the government’s cuts to solar power go too far, too fast, threatening to destroy the solar industry and exclude nearly nine out of ten families from having solar power.

To make matters worse, the government has decided to implement their cuts two weeks before the consultation on the changes has even finished. As a result, since the announcement was made, many projects around the country have already been scaled back, or scrapped altogether.

I can assure you that along with my Labour colleagues I will continue to challenge the government’s reckless attack on FITs and to fight for a fairer deal on energy prices.